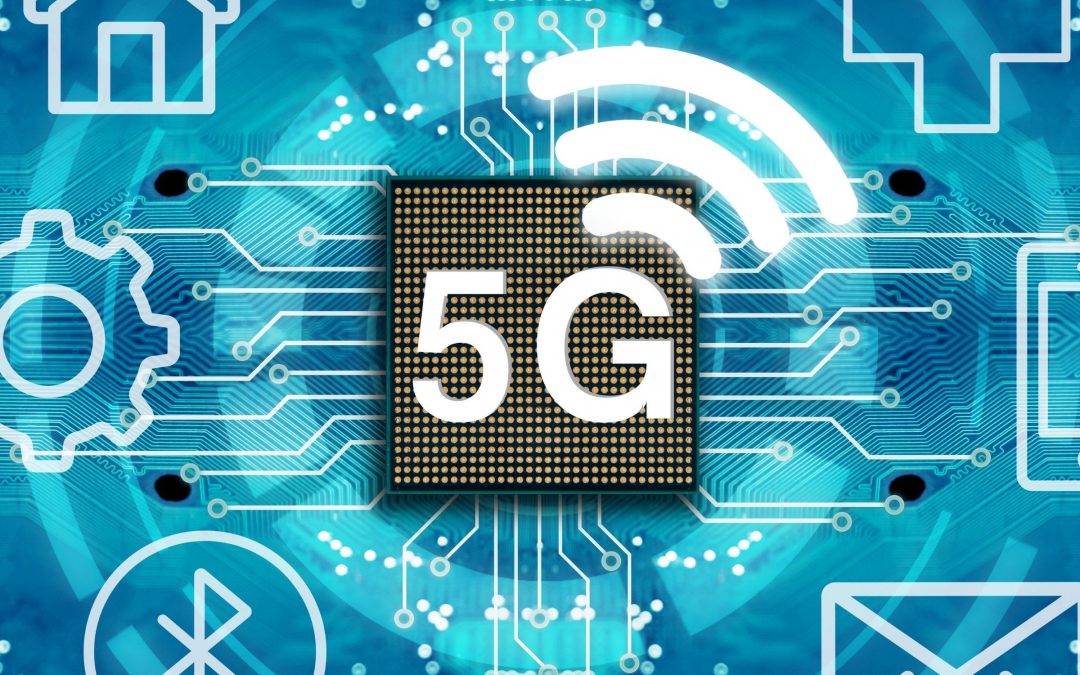 Explore the power of 5G and Wi-Fi 6 that will change our world.

5G to be introduced: What is 5G in the first place / Growth rate brought about by 5G / Introduction status in the world.

Five areas where 5G is expected to grow significantly

Due to the huge amount of biometric data and advanced computing power, some people hack humans themselves, and “the one who manipulates the data controls the world. “

Some may think that it is a little smoky.

But we are about to get the next generation of data communications. That is 5G. 5G will finally be introduced in some countries, but why is 5G attracting so much attention? This time, I would like to introduce technology-related products that are expected to grow rapidly due to 5G.

What is 5G in the first place?

It is a term that has already been used in various media, but to add a new explanation, 5G is the 5th generation mobile communication system, which is a new standard for communication systems. 5G will be the cornerstone of data communications, accelerating the adoption, development, and evolution of all technologies.

It also applies to the realization of IoT, AR / VR, AI, and smart cities. The spread of new communication systems has so many implications.

As many of you may know, the three major features of 5G are “ultra-high speed / large capacity”, “ultra-low latency”, and “many simultaneous connections”. If all of these functions are realized, the communication functions will far surpass those of conventional communication systems, and will bring about a great evolution in all technologies.

It’s called “super-hot” because the global 5G infrastructure market is expected to grow at a compound annual growth rate (CAGR) of 42.84% between 2019 and 2025 . This is a growth rate that is among the top in all industries.

5G, the current state of introduction in the world

Starting with South Korea’s first wide-ranging 5G mobile connection service in the world in April 2019, the supply of 5G services to the general public has begun all over the world. (By the way, in South Korea, a limited commercial 5G service started in December 2018 )

In the United States, AT & T launched 5G communication services for specific devices in December 2018, and Verizon deployed 5G communication only for new Motorola mobile phones in Chicago and Minneapolis in April 2019. It’s the beginning.

In this way, each country in the world is trying to spread 5G to ourselves, but 5G is still in place as an infrastructure, such as being fairly gradual or being a service only in a specific area. It is hard to say that there is. In addition, 5G connection delays are occurring in these countries.

In the future, we will accelerate the movement to improve and improve these. Therefore, there are high expectations for the future development of 5G introduction.

Now, we will introduce the technologies that are expected to change significantly depending on 5G, assuming the worldwide introduction of 5G. Even if you are not completely in tune with the reader’s industry, there are always parts that are involved in manufacturing, data management, consumer behaviour, etc., so please pay attention to it.

Also Read article: Social media images 2021: what sizes and formats to use (gotechmantra.com)

Technology introduction that is expected to expand significantly with 5G

1.IoT (Internet of Things) is expected to become an industrial M2M field and smart city

IoT, especially industrial IoT devices, is said to have a very high affinity with 5G. Many people may think of IoT only for consumer devices, but B2B IoT for industrial and automobile-related products is also widespread. In fact, it is estimated that industrial and automotive IoT devices will account for about 60% of the overall growth of the IoT market over the next few years.

And industrial IoT devices and automobile-related IoT devices are markets that generate synergies because 5G is capable of high-speed, large-capacity, low-latency data communication.

In particular, expectations are rising for industrial machines that handle large amounts of information to connect with other large-capacity machines for processing. Data communication between machines is called M2M (Machine to Machine), which enables remote operation of dangerous construction sites, and autonomous vehicles themselves receive data on the surrounding environment from other devices one by one. It becomes possible to do.

If 5G facilitates communication between machines, not only will we have a greater range of control, but we will also be able to work safely and efficiently.

Some may be unfamiliar with the term edge computing. This is one of the network computing techniques of placing distributed servers near terminals, and it is said that more than 20.4 billion IoT devices will be used worldwide by 2020 . ..

Edge computing is a technology used to avoid the chaos of the huge amount of data communication that takes place there and to increase the speed of data processing and response. In a simple image, edge computing is between an IoT device and a cloud server, or a corporate data center.

In November 2019, NVIDIA, the world’s leading semiconductor maker, announced the Jetson Xavier ™ NX, a module with AI capabilities that is smaller than a credit card. It is said that it can be installed in drones and small medical devices, and small devices will become IoT, which will enable complex data processing at even faster speeds.

That’s not the only strength of edge computing. From the viewpoint of personal information protection, this technology is often applied. When data is centrally managed in the cloud, data may be leaked from the corporate cloud or hacked.

However, edge computing makes it possible to process data sent from individual devices, process it, and then send it to the cloud, so it is possible to send data with guaranteed anonymity to the cloud.

The concept of a “smart city,” in which the entire city is linked and controlled by data, is no longer a dream story. It’s a real-time connection to the Internet with a large number of sensors, cameras, and infrastructure management throughout the city. It is a concept that can be realized because 5G can exchange large amounts of data at high speed without delay.

Not only that, but by unifying all transportation, including trains, buses, and autonomous vehicles, a lean public transportation system can be supplied. As a result, it has the potential to be a great boost to the local tourism industry, where there is concern about labor shortages.

As it will be a large-scale project, it will require strong leadership and careful planning to realize it. On the other hand, the concept of smart cities is already underway in cities around the world. It seems that there are cases where the development plan does not proceed well due to the entanglement of interests, but local governments and governments should deepen their understanding and cooperate with companies with technological capabilities to take the initiative.

Safety is of paramount importance to autonomous vehicles. Consideration is required for all users, including pedestrians and people around them, as well as car drivers and users.

By utilizing the data collected from the city through smart cities, autonomous vehicles and MaaS will continue to develop with even higher accuracy. If fully autonomous vehicles are realized, it is thought that the service of mobility will be spurred at once, and the number of people driving vehicles will decrease in urban areas.

Furthermore, by replacing MaaS with local public transportation, it is thought that it will be possible to visit tourist spots in rural areas and provide transportation according to each person’s tourism plan.

In other words, local tour companies and others can provide efficient and personalized transportation by incorporating ride-sharing systems such as Uber. From this point of view, there is a great possibility that MaaS after the introduction of 5G will activate the local tourism industry.

MaaS is a step-by-step process. However, 5G is indispensable for automobiles to connect to the Internet and provide services as boxes for carrying people.

XR is a general term for AR (Augmented Reality), VR (Virtual Reality), and MR (Mixed Reality), which have recently become a hot topic.

In VR, not only is the spread of home video games such as Oculus and arcade-type VR games such as Sandbox VR accelerating, but the number of cases where they are used for human resource development and training is steadily increasing. If tools in the XR field become more widespread, Skype, Zoom, Google Hangouts, etc. currently used for online meetings may be replaced by XR tools.

For example, you can make a presentation while displaying a three-dimensional virtual model, or share a virtual space and have a better discussion with someone who is far away and has difficulty meeting and talking in person. It may be.

( VR tool developed by Spatial . Will be deployed through Microsoft HoloLens .)

Also, in the retail industry, AR is attracting more attention than VR. In fact, even in the United States, major retail brands such as Target, Walmart, and Sephora are all early adopters of AR tools in physical stores, and are taking measures to stimulate consumers’ purchasing motivation.

In the XR industry, 5G will play a role in accelerating penetration and versatility, increasing all use cases and expanding realistic service delivery options for developers.

Summary: Technology in the 2020s

Of course, this isn’t the only technology to watch. There are a lot of technology trends that you can’t take your eyes off, such as AI as a Service, blockchain, computer vision, and quantum computers.

In this way, 5G is a platformer that is expected to have synergistic effects in all areas, and it is inevitable that the spread of 5G will support the development and spread of these technologies. From the spread of IoT devices and XR to the realization of smart cities, the concepts made possible by 5G are immeasurable.

Naturally, the quality of 5G communication is important when considering the synergistic effect of many technologies and 5G. If stable 5G functions cannot be used continuously, it will be difficult to provide technology that depends on them.

In Japan, 5G mobile connection will finally start in the spring of 2020. The first release is still limited, but the quality and scope of the countries that started 5G earlier are gradually improving, so expectations are high for the rapid expansion of 5G communications in Japan.

Since this year, programming education has become a compulsory subject in elementary schools, and electric vehicles have emerged, something that was unexpected until a decade ago. It is not easy to live up to the new wave of such an era. In order to constantly drive change and innovate, it is necessary to change from the underlying mindset and develop services centered on users. 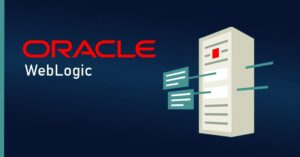 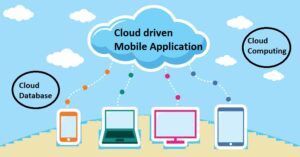 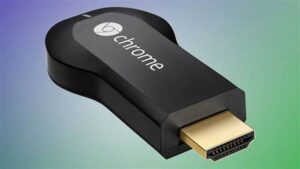 Chromecast: what it is, how it works and what you can do with it 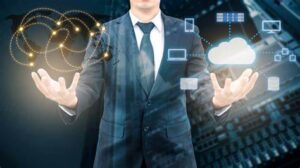 How Managed IT Services can help you Grow and Scale your business? 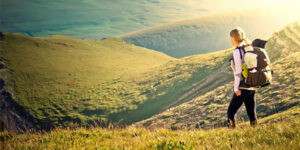 The best kept secrets to make your travel comfortable and enjoyable 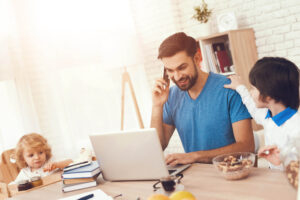 The tools you need to work from home