What Do Diamonds Symbolize In Different Cultures?

Every time you look at your diamond accessories, a smile comes to your face. There is so much significance behind every piece. The diamond engagement ring was a promise of eternal love from your partner.

Your diamond wedding bands are symbolic of the commitment both made in your marriage. The diamond pendant was a gift from your grandmother, and you hope to pass it down to your daughter.

On a personal level, it is easy to attach symbolic meanings to your diamond accessories. What you may not know is that different cultures have different meanings for diamonds.

Let’s look at some cultures and the value they place on diamonds.

Cultural Significance of Diamonds to Hindus 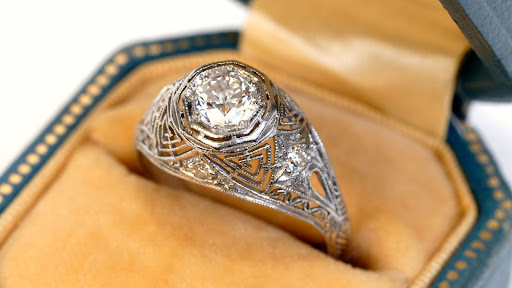 The Hindu culture holds diamonds in high esteem. Historical reports show that diamonds may have their origin in India. The first discoveries of deposits were in river deposits around the 4th Century B.C.

Some archaeological excavations have unearthed high-value treasures. People would bury their loved ones with diamonds and other high-value jewelry.

If you look up the word diamond in Sanskrit, the word that pops up is Vajra. For a long time, pricey rocks were incorporated into deity sculptures. That is a true sign of diamonds’ value in the Hindu culture. Indeed, the Hindu scriptures have up to eight classifications for different diamonds.

But that’s not all. Physicians also used Diamonds to cure specific illnesses. A good example was preventing insanity by holding onto a diamond with the right hand.

In battle, the King would wear a diamond-encrusted breastplate. That signified protection by the deities due to the magical powers of the rocks.

What kind of words would you use if you were to describe diamonds? Some would be indestructible, tough, or everlasting. Well, the ancient Greeks called it Adamas.

Adamas stands for indestructible, invincible, proper, or untamed. That is why it was not uncommon for soldiers to wear diamonds. The thinking was that the rock could pass on some of its powers to the Warriors. The belief was that it would make the soldiers invincible and stronger.

In Roman and Greek mythology, diamonds also represented the tears of the gods. Others felt that they were splinters from falling stars. Wearing diamonds became commonplace amongst the Romans. Many believed they could stay safe from harm due to the protective charm of the diamond.

It is interesting that they wore the diamonds without any modifications. Cutting or shaping the diamonds was akin to injuring the gods. It would also mean that the stones lost their protective properties.

The first diamond engagement ring came from ancient Rome. Women would wear them as a symbol of belonging to their husbands. Over time, the possession of diamonds became a symbol of power and wealth.

Diamonds in the Far East

Diamond properties like brilliance and reflectiveness had a special meaning. The people believed it was possible to ward off unwanted circumstances with diamonds. Such bad circumstances included poverty, ill health, evil spirits, etc.

Ancient Egyptians believed that Diamonds carried mystical forces and powers. Wearing it on the hand would create special forces. These would run through the veins and straight into the heart.

Around 3000 BC, Egyptians would place a diamond on an ankh. This consisted of a cross and loop at the top. The symbol represented eternal life. It was a common feature amongst kings and pharaohs.

Diamonds Amongst the Jews

Jewish high priests would use diamonds to determine Innocence or guilt. The more the diamond sparkled, the more indicative it was of the accused telling the truth.

In medieval times, Jews faced a period of dispersion around the world. Holding on to the diamonds allowed them to keep their wealth. They would then trade with each other or with outsiders. That is why the community has a rich diamond trade history.

From then, the higher social class started to give diamond rings to those they loved. Yet it wasn’t until the 20th century that De Beers cemented the idea of diamond engagement rings. You know the famous ‘diamonds are forever’ slogan? The thinking was quite simple. If your love is indestructible, how about symbolizing it with an indestructible rock?

Diamonds are also a status symbol. Indeed, it falls in the category of luxury goods that few can afford. That is why top celebrities adorn themselves with diamond accessories.

That also makes diamonds a fantastic investment option. You get a rock whose value does not fluctuate depending on market conditions. This is unlike stocks that can lose value overnight.

Further, you can continue to get functionality out of your diamond accessories. You will, for instance, continue to wear diamond tennis bracelets, earrings, or pendants. That is until the day you decide to sell.

Diamonds are commonplace among hip-hop artists. For some new-age rappers, it shows a change in their status. Owning high-value jewelry is like paying homage to the journey from poverty to riches. Indeed, the more the bling, the more the flex. Think about it as bragging rights to who is making it in the industry.

But there is more. Many black rappers take extra pride in showing their wealth. They have managed to break above a system they feel does not work in their favor. So, why not show your achievements with diamond accessories?

A look at the cultural symbolism behind diamonds is quite fascinating. One thing that stands out is that the rocks had special meaning from the beginning. So much so that Gods, Kings, Pharaohs, and soldiers would adorn them.

And even within the modern setting, diamonds continue to command a significant presence. They are a symbol of love, status, success, and achievement.

Further, diamonds are an heirloom that you can pass from generation to generation. Within each accessory will be a story that holds special significance to the family.

Finally, diamonds are also a fantastic investment. If you buy high-quality ones, you can be sure of good resale value.

Great Experience of Travel to India from China