Evidence is very key in the progression of any case.  Having the right amount of evidence in the right quantity can determine in a big way the direction in which a case goes. As such, it is very important to ensure that any form regarding any case is rightly kept.

Blood evidence for instance has been used in so many cases.  Unfortunately, the evidence has helped some people get justice while at the same time others have failed to. All this has been due to the manner in which the evidence was handled.

Handled in the right way, the evidence led to a conviction of some people.  However, not handled as it is required, there was no conviction made in the end.  Instances like this one made it a necessity to keep blood evidence in the right manner. 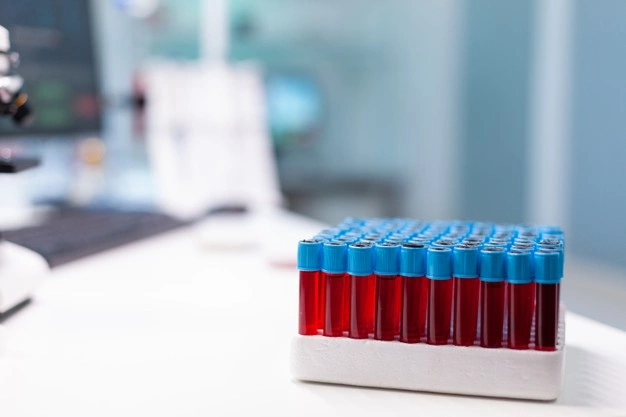 There have been so many questions regarding the storage of blood and fluid evidence. For instance, a good number of people have sought to know which is the best way of keeping fluid evidence.  As it has been said in the text above, the manner in which such evidence is kept is very important.

As such, it is very important that information about the right packaging of blood is conveyed.  This information will assist all those people interested in this area to know exactly how to do this. In case of any inquiry, you will be able to know what the next cause of action should be.

That said, it is the intention of this text to offer you as much information in this regard as it is necessary. By doing so, the text will enable you to know how best to keep any fluid evidence once you have it.  Other than that, the text will also in the same way suggest to you other things in the same regard as well.

There are actually two types of blood evidence that can be collected from a crime scene.  These two are namely the liquid and dried blood as well.  Well if you are hearing about this for the first time then you might find this a bit challenging.

For instance, you might find interest in knowing the difference between dried blood and fluid blood.  If you are then you are in the right place.  This text will also expound on that for your own good and understanding as well.

There are actually two types of blood found at a crime scene.  There is the dried blood and liquid blood as has been told in this text above.  Liquid blood basically means evidence that is collected in blood pools, this evidence can also be collected on clothing.

This kind of blood can be collected using a gauze pad or even in some cases using a piece of sterile cotton. Once the sample has been successfully collected, it must either be frozen or taken to the lab right away. Once in the laboratory, the sample has to be dried at room temperature to prevent it from destruction.

The Issue Of Timing

Timing is very key when it comes to dealing with blood samples. It is recommended that you try and get any sample collected in the lab within 48 hours.  It is only by doing so that you will be able to keep the sample well within the right parameters.

If not so then the sample might become useless. If the sample is being sent somewhere by mail then it has to be air-dried first before being sent to that location. In the event that the sample is not completely dried then it must be adequately packaged.

Dried bloodstains are found on small objects or even some larger objects.  This kind of blood can also be found on clothing. When this blood is found on a piece of clothing and bottled and jarred packaged foods it has to be sent to the lab.

In many places, it is always recommended that the whole piece be sent to the lab. This will help in making sure that no piece of evidence is lost at any given time. However, it should be noted that these samples should not be placed in a plastic container.

If placed in such a container, the sample might get contaminated leading to a loss of crucial evidence. Plastic containers are known to produce moisture after sometime.  This moisture can result in the growth of some microorganisms which might affect the evidence.

Due to these reasons, it is highly discouraged to keep such evidence in plastic containers. Other than that, it is also recommended that such samples should not be in a container for more than 2 hours. Any period more than that might result in the destruction of the piece of evidence.

Dried Bloodstain On A Larger Object

As you might already know, it is not possible to carry all the bloodstain samples to a lab.  There are some of them which might not be easy to transport. In such, a case an investigating body might need to bring in an expert to get samples of the blood.

The area can be covered with tape to ensure that there is no tempering of the evidence. However, even in such a case, it is important to act on the evidence on time.  If not that, the evidence might still end up getting contaminated which is not a good thing.

The text above is about the type of packaging container used for keeping biological evidence.  If you have any such evidence to keep, refer to the text above for assistance.

What to do after Masters?